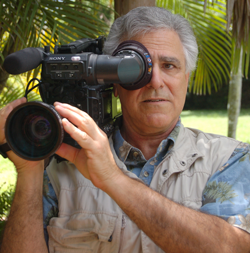 Carl Hersh is an award-winning producer, director, editor, videographer, and journalist with an extensive background in news, documentary and “reality” television production. He has produced, shot, and edited documentaries, news features and corporate reports and traveled the globe producing films for Starbucks. As a videographer, he has covered major news stories in Latin America and the Caribbean for U.S. and European networks, sharing an Emmy for a series he filmed in Cuba. Carl helped develop the first reality show, “COPS.” Diverse clients range from the American Red Cross, PETA (People for the Ethical Treatment of Animals), the Miami Design Preservation League, Starbucks and the City of Miami Beach. A classically trained musician, Carl skillfully infuses music in his work. 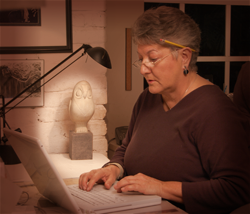 Kathy Barber Hersh is a producer and writer with 30 years experience in the U.S., Latin America and Britain. As a journalist, she was a radio and television correspondent for ABC News, reported for UPI, and wrote for numerous newspapers and magazines. With her husband Carl, she has created a number of award-winning documentaries, including Michener At Work, about the author James Michener, and The Lost Wooden Synagogues of Eastern Europe, given a special showing at the U.S. Holocaust Museum. She produced Fighting Fair, an award-winning video for children about Martin Luther King’s philosophy of nonviolence. 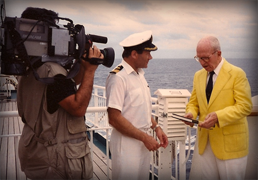 Michener At Work
When James Michener lived in Miami while researching and writing his last big book Caribbean, he allowed us to look over his shoulder and watch him write and follow him while he researched and checked his facts. The result is a rare look at one of America's most cherished and prolific writers. The documentary has rarely been seen in the U.S. We are offering it for the first time on DVD at $20 per copy. Click on the "Contact Us." We'll see you get your copy.